A friend of the Mortensen family discovered that water was rotting out the sub-floor along one side of the home. He contracted us to remove and replace the rotted wood and insulation along with the tub and surround. 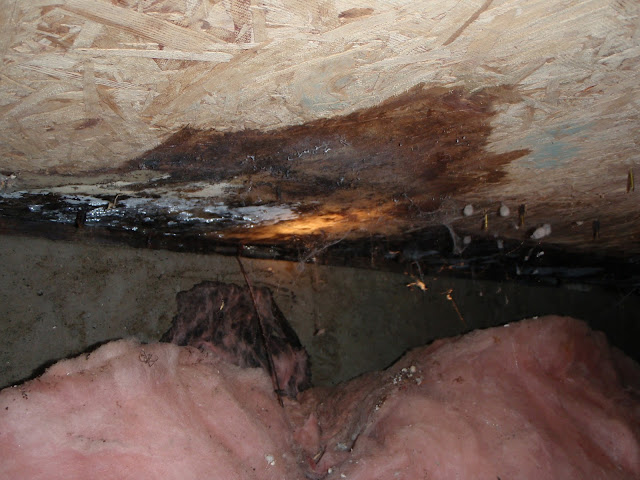 Part of the challenge was figuring out where the water was coming from. At first we thought it might be a leak in an irrigation line that was added through the crawlspace. That wasn't it. After tearing open the floor and the wall in the hall bath we discovered that the water was wicking up through the outside of the foundation through the sill plate and into the sub-floor and up into the wall. Behind the tub we found ice two feet up the wall sheeting.

To prevent this in the future, we will be foam sealing and re-nailing the bottom row of siding all around the home. Another part of the fix will be to ensure that the home is positively pressurized. We want homes to be pushing air to the outside, not pulling it in from the outside along with moisture. 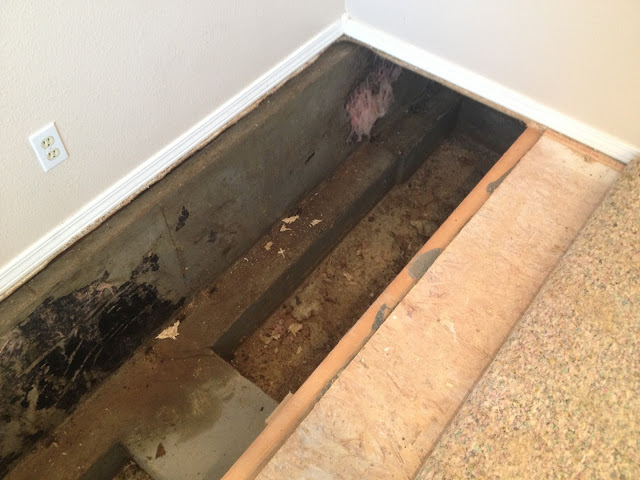 Because the wall and flooring behind the tub/shower unit was rotted out, we removed the existing unit, made the repairs and replaced it with a cast iron tub and a custom made cultured marble surround. 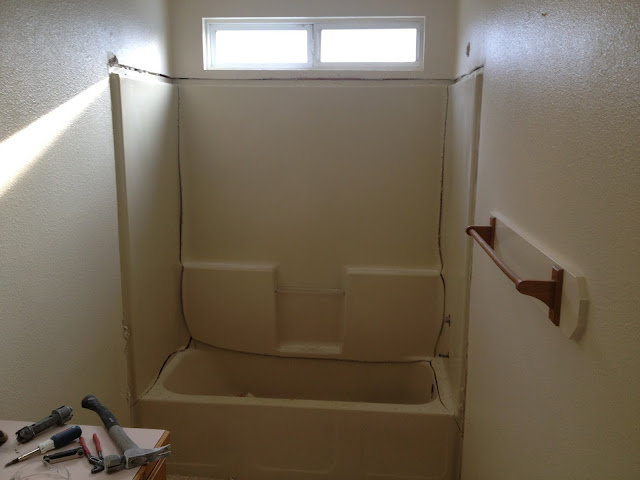 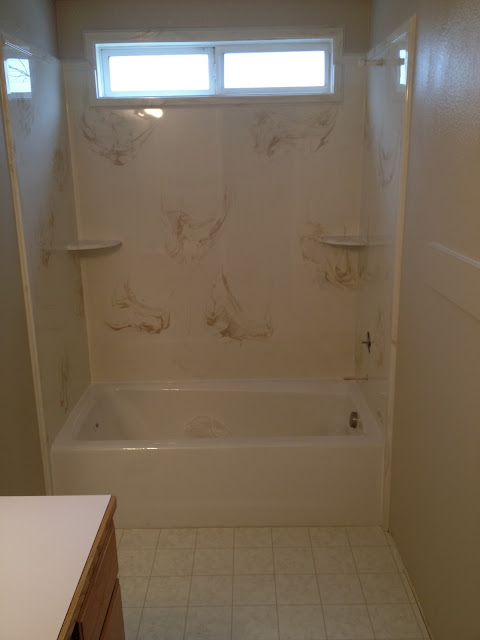 The homeowner did his own painting and vinyl installation...and being a retired machinist, he's a perfectionist and did a great job with that tasks he took upon himself.

We'll be wrapping up this job later this week when our plumber trims out the tub/shower faucet.

A boy from the small farm town of Quincy, Washington, who through hard work and dedication has become one of the most highly respected builders in the Treasure Valley and beyond. Kent is known for his integrity, industry service, and quality of construction, evidenced by many of his customers who come back to him for subsequent work. Kent gained a college education in architecture and building.

He started Mortensen Construction in 1978 as a framing company. In 1985 he started building homes while continuing to frame homes for other contractors. In 1988 he entered his first home in the Parade of Homes. Lifestyle Homes was started in 1990 when he saw a need for pre-designed homes offering modifications and options to fit the buyers' needs with Mortensen Construction continuing to build semi-custom and custom homes.

Service to the home building industry has been very important to Kent. He served as the President of the Building Contractors Association of South West Idaho ..(BCASWI). Kent also served on the Board of Directors for the Idaho Building Contractors Association (IBCA) as well as the National Association of Home builders (NAHB). Kent served as the President of the IBCA. Kent is a Life Director for both the BCASWI and the IBCA. Kent has received many recognitions over the years in business. Builder of the Year in 1993 from the BCASWI and Builder of the Year in 2000 from the IBCA. The IBCA recognized Mortensen Construction as Company of the Year in 2001.

Outside of the building industry, Kent has volunteered in the Boy Scouts of America for over 30 years. He received the District Award of Merit in 2002. Kent and Wendy are the parents of five children, four boys and one girl, and now boast 13 grandchildren.

Kent on Google+
Kent on Linkedin
Kent on Facebook
email me

Here are flyers for a few of our most popular floor plans! We've given them a face-lift and a couple tweaks and we can certainly customize them to meet your needs. Just click on the links below for a .pdf version of the flyer.

See the construction process by clicking on the links below.
Zipf-Rose Residence at Avimor